I’ve been working in the tech industry for a few years now. Most of my career has been split between SEO and Web Development. There’s times when I’m not really aware of the skill sets I’ve picked up amongst the years. So I decided to build this matrix that would easily display what languages and technologies I’m familiar with.

The column labeled “Familiarity” are languages/technologies I’ve only worked with for 6 months or less.

So for the last couple of days I have been questioning my current status within my career path. Should I be seeking more developer type positions or is it time to move up to management? Right now I’m kind of lucky. I work for a large public company as a Local SEO specialist. Unlike other SEO position with this role I’m able to develop from time to time. I work with a much younger crowd some of which are managers. Sometimes I tend to believe they must think something is wrong with me since  I’m not further along in my career path. But what they don’t know is that I love building things. I’m what I would call a developer through and through. I’m sure I’m not the best developer but I love developing. I love talking tech, reading about tech, and being around like minded techs. I’m probably one of the few who actually doesn’t mind sitting at a desk crushing code for 10/12 hours. Building something from scratch, turning it into something awesome and then watching people interface with it interests me the most. The idea of losing that passion and turning into someone who keeps tabs on other people scares me. I don’t want to be that guy.

And honestly when you think about it do we really need managers or perhaps should we be focusing on hiring better organized and responsible people?

A while back I was watching a 60 minutes or maybe it was a CNBC interview with Mark Zuckerberg. It was interesting to hear his thoughts about “The Social Network” movie. Mark at one point made the following statement, “Why not build something because you love to build things” well maybe this wasn’t exactly how he said it but it was something along those lines. He was basically replying to an allegation that he built Facebook to meet girls.

When I heard that statement I thought, dang this guy is just like me, that sounds exactly like something I would say. I mean really what’s wrong with building something for the sake of building something cool? Maybe it was just late that night but I recall thinking, dang me and the CEO of Facebook have something in common, how awesome is that.

I’m sure if I ever get the chance to meet Mark this would be one of my first questions “Was it hard moving from a developer’s role into a the CEO position”?

Because right now that move freaks me out.

I’ve been tied up lately with my fully time contract and my side projects. But between times I’ve been going through the list of domain names I own, trying to pick out the few that I think I can breathe some life back into. Plus the renewal fees are getting pretty expensive each year.
Hopefully by the beginning of next week I should have something worth talking about.

Currently working on Codapus.com. Simple site that allows programmers to share their code easily.
This is probably my real first MongoDB backed site. I’m so looking forward to building more sites using this database when I get time.
You can check out my beginning here http://www.codapus.com/josephtinsley/

Only a few of you know about the contract gig I’ve been working the last couple of months.
Well it looks like it’ll be coming to an end shortly. I’ve had some good times and worked with some really great people but it’s time to turn the page and look towards the next chapter.

If there’s one thing that I’ve learned from my past experiences is that it’s hard to focus on a new job and be involved in side projects at the same time, at least it is for me. So I’ve decided to take a few months to myself to re-vamp some old projects I’ve been neglecting and to learn some new technologies.

One of the goals that I’ve been putting off for some time now is IPhone development. This is something that I’ve been really interested in but didn’t have the proper equipment or the time.  So this time around I plan to focus most of my efforts on developing a IPhone application. That doesn’t mean that I’m not open to listening to new opportunities, that would be crazy. What it means is that I plan to buckle down and dedicate myself to learning and understanding the process needed to get an application developed and submitted to Apple’s Application store.
I’m giving myself 6 months to do this, maybe it’s possible and maybe it’s not, we’ll see.

P.S. I’m sure I could use some help along the way so, I’m open to any advice regarding the topic.

This weekend my new monitor was delivered, the HP 2511X and it totally awesome. This is one of the best purchases I’ve made in a longtime. I’m like the kid in the candy shop. Today sitting at work I couldn’t stop thinking about my monitor and the code that I was going to write when I got home, yeah it’s like that.

For the longest I’ve rocked a DELL 2001FP 20in and it’s a great monitor don’t get me wrong. I mean me and the 2001FP has been through a lot of good times together and we’ve made a gang of money. But it was time to upgrade.

I originally bought the HP 2511x with the intentions of setting up dual monitors, but after hooking it up I realized there was no need for dual monitors. The HP 2511x provides all of the real estate I need.

It took me a while to make my mind up. I had a hard time deciding between the HP 2509b and the HP2511x but went with the HP2511x because it was slightly cheaper at the time.

I’ve read plenty of reviews and comments and majority of the bad comments I’ve come across was regarding the monitor not having built in speakers, or not being able to adjust vertically. To me having speakers attached is kind of silly. The way I play music attached speakers wouldn’t last past  the first couple of weeks, and then what, ship the whole monitor back. No that’s not for me, I prefer to have my speakers detached. Right now I have some incredible Logitech speakers that are able to handle anything I throw at them.

Wait one thing that did suck. I bought some 3ft Monster HDMI cables but they were a bit too short.. Going to Monoprice.com for some longer one.

But besides that get this monitor you’ll love it.

Today I created my first MongoDB application. Please no applause, this app is incredibly boring.  At the time I was fresh out of cool ideas, especially ideas that required a nice amount of data.
So I went with a simple US Population search script. I actually had a copy of the 2009 census data in a mysql table from some time ago. I have no idea why, I guess I’m a hoarder like that.
But basically I built this just for the experience. I’ve been hearing a lot of hub bub about MongoDB and thought I should give it a try.  I have to say from what I’ve fiddled with so far it is pretty interesting. If you’re coming from a RDBMS like I was, it’s going to take some time to change your thought process.

MongoDB store its data in what they call documents which are somewhat like table rows. I’m not going to go down that road because I’m still a newbie myself and I don’t want to put anyone on the wrong path. But what helped me get along was that I envisioned accessing data from a XML feed. Of course MongoDB documents are not XML feeds but they are structured a bit like a feed.

For example goto Buy.com and view the source of one of their product feeds (Example Product Feed) look specifically at each product node. When accessing data from MongoDB document I put myself in the mindset as if I’m grabbing data from a XML product feed.  Crazy, but it works for me. 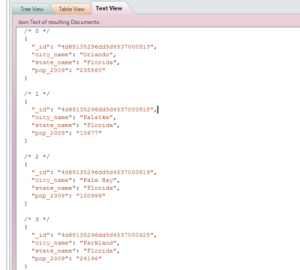 Bottom line I think MongoDB is pretty interesting, I’m still new to it so I’m not quite ready to ditch MySql.
During my quest for knowledge I found myself looking for examples to help me get started. In my opinion there wasn’t that much out there but that’s probably because it’s fairly still new. But here are few sites that help me get started.

It’s a Brand New Year and I have a few things that I would like to focus on and learn more about in 2011.

Well that’s the list. It will be interesting to see if I’m able to cross any of these off next year.

Really, Really quick update. Last night the Frinly API was added to Programmableweb.com’s API directory. To me this is huge deal because I’m such a big fan of the site. The approval process took a about week or maybe it was two, and I have to admit there where times that I was seriously doubting if it would ever happen. Then last night at dinner, during one of my random email checks, BAM, the acceptance email! Yea that basically made my day, it was pretty Awesome. 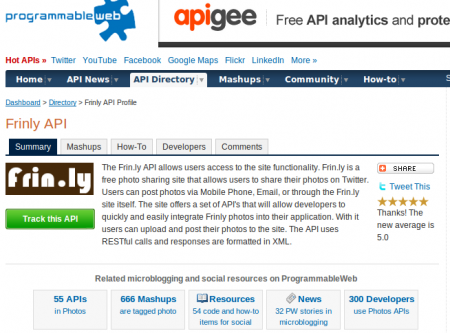