If you recognize these 3 words then you have probably used their product at sometime. FamFamFam has been around for some time now, but I’m not certain how long. I’ve been using them myself for at least 3 years now. For a short spell I did try Icon Buffett but ended up moving back to FamFamFam. I mostly user their Icons for the PHP applications I create, but I must say I’ve seen their work all across the web. FamFamFam is one of those sites that many people know of and use but don’t talk about much. There’s not much information on the web about them besides what’s provided by the thier website, which appears to be pretty much dead. It’s looks like a post was made back in 2006. But that’s cool FamFamFam, is a great resource that I bet still drives lots of traffic.

So from the bottom of my heart, thank you FamFamFam from making my apps much more Beautifuller. 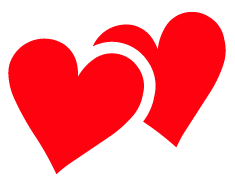